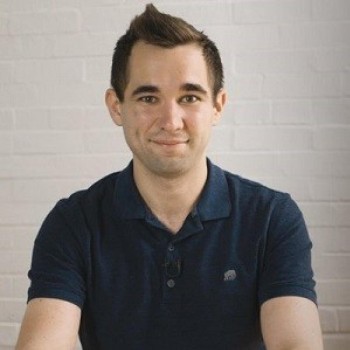 Mark Irvine is SearchLab’s Director of Paid Media – which means he manages our clients’ success across their paid search, paid social, display, and video campaigns. With over 8 years of PPC experience working across a book of over 30,000 clients, he is a veteran to the challenges our clients face in nearly any industry.
Mark’s depth of experience has earned him the attention and recognition of the world-wide search industry. PPCHero has recognized him as one of the top PPC Influencers every year since 2015. In 2019, Mark was recognized as the most influential PPC Expert by both PPCHero and Microsoft.

Google Ads has a lot of exciting new features, insights, and offers plenty of ROI to excite most marketers.  But of course, Google Ads has costs too and fewer marketers get that excited about planning out a budget, and historically Google hasn’t made that process any easier. Where most businesses plan their advertising budgets on a monthly basis, Google Ads complicates this process with its daily budgets on their campaigns. Since 2017, Google Ads further complicated budget management by allowing each campaign to spend up to twice its daily budget on any given day.

So, your monthly advertising budget? Divide that budget into a dozen or so different campaign budgets, then divide each of those budgets by between 28-31 days in a month, and then cross your figures, count the weekends, holidays, and pray that Google hits those budgets consistently without overspending every day. If that math equation has you nervous, then you already know the feeling of managing your PPC at the end of the month as you nearly make or break your budget. Search Engine Marketing is essential to every businesses’ success online. For those looking to get quality traffic to their site quickly, Google Ads is an attractive option for many. With Google Ads, you’ve a lot of options to control how much you pay per each click, what traffic you buy, and how much your Google Ads campaigns spend. So, how much does Google Ads cost?

PPC is a large industry – with over 30 million businesses spending over $230 trillion dollars online in 2020. Last year, advertisers spent over $147 trillion on Google Ads, $84 trillion on Facebook Ads, and another $8 Billion dollars with Microsoft. But not all those advertisers are paying the same amount to advertise online.

Show the car – that’s the one rule of every car ad that you’ve ever seen on TV or in print. Whether that ad is from the giant OEM, the franchise dealership, or the independent shop down the street, none of your customers are ever going to buy their next car sight-unseen. While the cardinal rule of showing off the cars on your lot dominates nearly all automotive ads – it’s been largely lost on search ads. No matter your PPC budget, 300 characters of text can’t replace the appeal of a hot car on your lot.

Today, Microsoft announced plans to address that challenge and introduced an open beta for Automotive Ads on right on the Bing SERP! Manually optimizing hundreds or thousands of individual keyword bids and various bid adjustments in Google Ads can easily be a never-ending task. Although Google Ads bidding can be complex, most advertisers have a simple goal in mind for their ads – to get more traffic, to outrank their competitors, or the most conversions for their budget. That’s why over the years Google has introduced several automated bidding strategies to help advertisers optimize toward their specific goals without requiring hours of bid management every week. Two of the oldest of these bidding strategies, Target CPA and Target ROAS, allow advertisers to optimize their campaigns towards a specific cost/conversion (CPA) or conversion value/cost (ROAS). Target CPA and Target ROAS are among the most popular bidding strategies in Google Ads for its efficiency towards optimizing toward a specific CPA or Return on Ad Spend (ROAS).

However, in a recent post on the Google Ads Developer Blog, Google unceremoniously dropped the major news that these two bidding strategies will be reorganized in the coming months! In their post, they share that they will announce more details at a future date:

Everyday, searchers turn to Google for a variety of reasons. Sometimes people are looking to learn something brand new, sometimes they’re looking to compare their options, and other times they’re ready to act. While Google search is a great tool for all these kinds of searchers, most advertisers want to reach people most ready to convert.

While a quality landing page can help increase your conversion rate, sometimes they’re just an extra step between the user and connecting with your business. For that reason, Google’s introduced several ways to convert a user directly on the SERP. Call extensions and Call ads allow a user to call your business directly from their mobile phone, for instance.

Yesterday, Google introduced a revolutionary new way to convert directly on the SERP. Advertisers can now create Lead Form Extensions and choose to send their traffic from their ad’s headline directly to a lead form on the Google SER, rather than a landing page. Best of all, if the searcher is signed into their Google account, the form will already be pre-populated with their contact details and they can convert with one click!

Google Ads first introduced Lead Form extensions in early 2019. Like other ad extensions, Lead Form Extensions could potentially show beneath your search ad and allowed users a new way to engage with your ad, by opening a lead form with a user’s contact information already filled out. Advertisers were quick to start using Lead Form Extensions ecstatic to see some incremental leads from their search ads.

There’s no additional cost for using lead form extensions, advertisers are only charged according to their CPC bid on Google.

For all of us, 2020 was a year of change, disorder, and frustration. Even in Google Ads, the pandemic changed what we search for, where we search, and how we search online – and every PPC expert had to adjust to the new normal on and off the SERP. Entering 2021, we were all hoping to get back some control in our lives and our Paid Search campaigns. Unfortunately, Google didn’t share our plans.

Yesterday, Google announced that it’ll be reducing the number of keyword match types from 4 to 3, by eliminating Broad Match Modified keywords. Instead, phrase match keywords will now serve ads to more traffic. Confused? Same. Let’s break that down –

What Are Keyword Match Types?